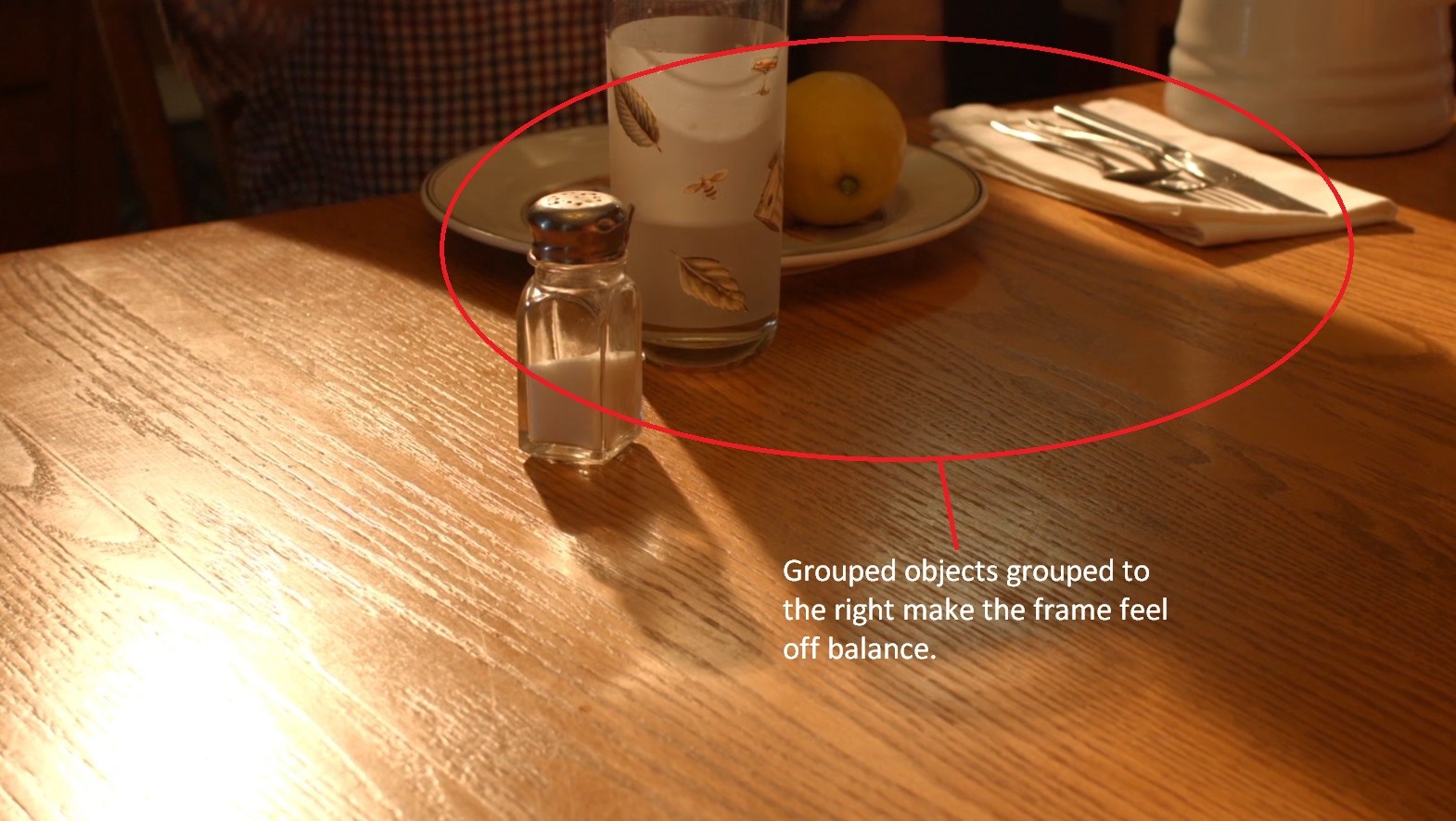 The integration of digital elements with footage is nothing new. This tutorial will look at adding a digital bottle element with live action footage, using a stand-in model to emulate the correct lighting and shadows.

This is part 1 of a two-part tutorial. An advanced knowledge of Adobe After Effects is encouraged.

Understanding that the mood of the shot is important. In this scenario, the overall tone was going to be low key (meaning high contrast) in order to simulate the early morning, this meant that the lights were going to be positioned in a way to cast large, drawn-out shadows across the table where the product was to be stationed. To make the situation easier on the back-end with post-production, we positioned a stand-in object similar in size and scale to the product. A salt shaker seemed to work best for this application.

The salt shaker in place allows one to light a physical object and achieve real shadows and reflections upon the table top. This also gives the actor a physical marker in which he can block his movement around, without worrying that he was crossing the “invisible threshold” of the CGI bottle. With lighting solved, our team filmed the scene, and jumped into After Effects with the captured footage.

When it comes to digital effects, the more you can disguise their presence, the more seamless the outcome. With the space around the bottle being pretty large, full attention of the viewer becomes focused on the element within the middle of the frame: the CGI bottle. Furthermore, the composition of the frame was pretty weighted to the top right.

In order to alleviate concerns that the CGI of the bottle might be too apparent, and to balance the frame, we decided to place in an image of a basket of fruit to the lower left of frame. Adding a slight blur with gaussian blur and positioning the image so that it just peeks into frame, both issues — the unbalanced frame, and the disguising of the effect — were solved.

With the composition adjusted, the final step is to make and add the bottle. The client already had their logo completed, so that meant all our team needed was the body of the bottle. For this, we purchased a stock element of a prescription bottle, dropped it into Photoshop, and added the logo as a wrap.

In this step, we decided that the white bottle was coming across as too crisp, which made it appear fake. In order to have it appear more three-dimensional, the decision was made to make the bottle translucent and allow some of the live-action footage of the table to come through.

To accomplish this, we used the eraser tool in Photoshop, dropped the opacity and flow to low values, and brushed over the bottle of the image, masking off the cap so it stayed intact.

With the bottle in place, scaled, and the image color graded, the shot is complete.
Part two of this tutorial will cover taking an exterior plate and adding a flag to it. In addition to everything discussed in part 1, it will see the addition of chroma keying.